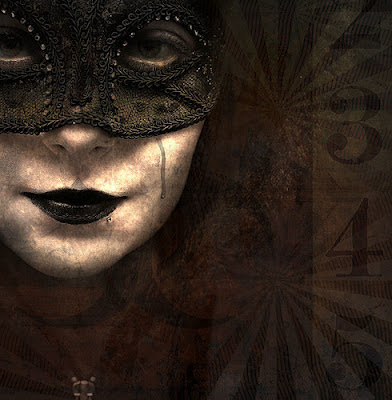 It's my Party
Room17 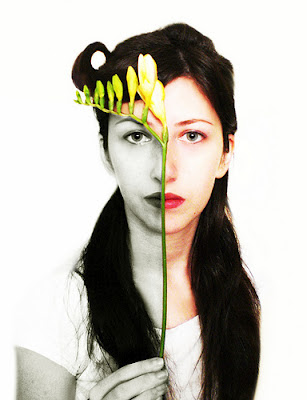 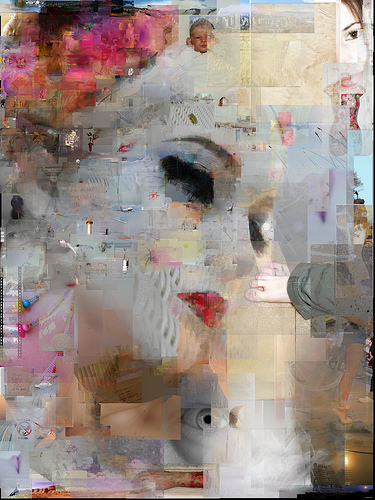 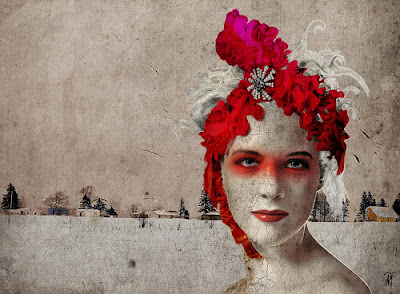 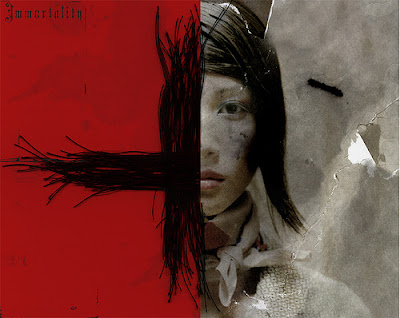 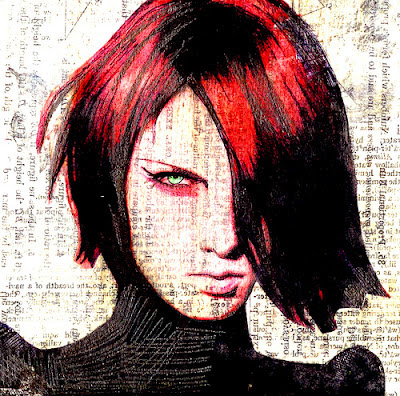 Balance in the Distance
Collaging-Kristen 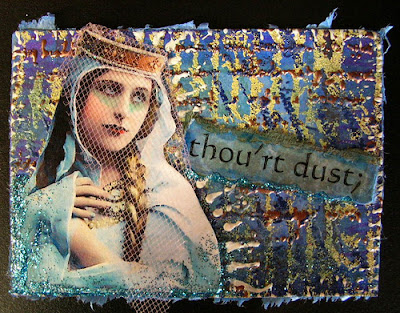 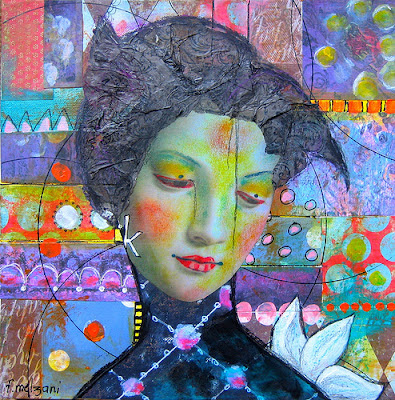 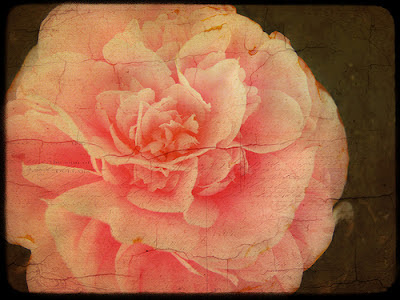 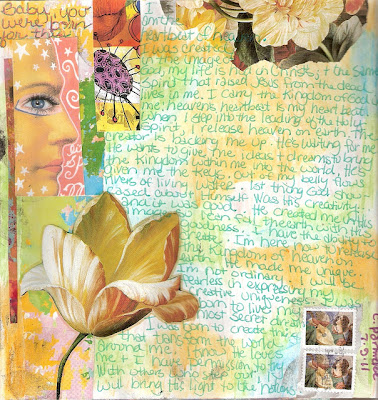 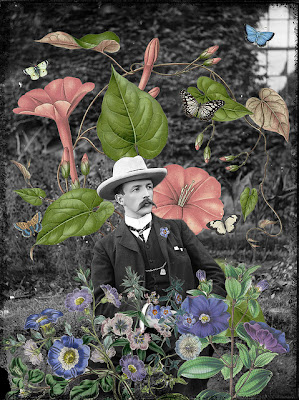 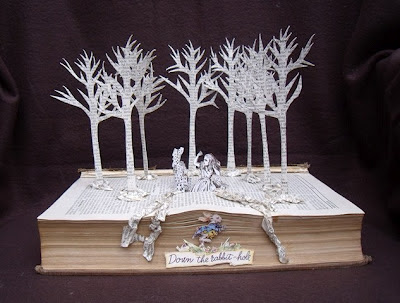 Down the rabbit hole
Maygreen Fairies 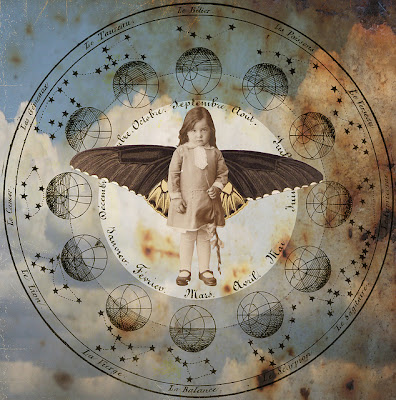 
Posted by Stella Peterson at 8:49 PM No comments:

Feature piece of the month 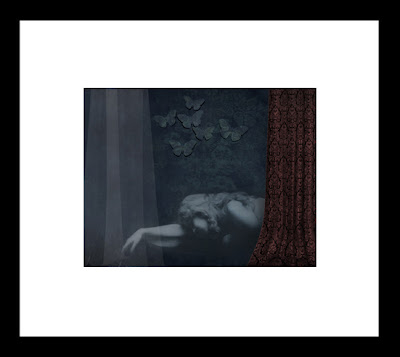 For a long time now I've wanted to share with you the process by which I create most of my digital works. This piece, for example was constructed in photoshop, and comprises up to 7 different layers. When I say layers, I literally mean a series of layers, one on top of the other. Photoshop is amazing in that it allows you to create layers which have varying degrees of opacity. That is, some layers can be opaque, so you can't see through them, while others can be made semi-transparent, so you can see underlying layers or objects. 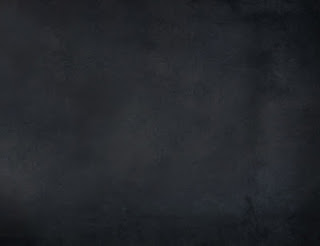 As I required a darkened room, I chose this indigo blue background texture as the base layer. Everything else is placed upon this layer. 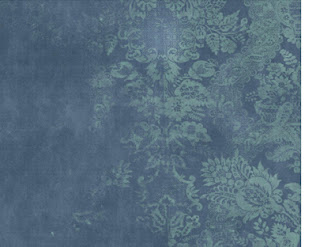 I wanted to give the room a vintage wallpaper feel so I chose this aqua-blue pattern as an overlay. I wanted to create a subtle effect so I made this particular layer semi-transparent to allow some of the base layer to show through. 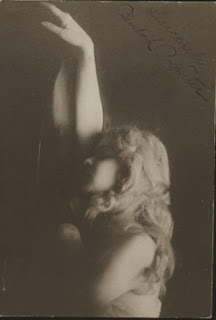 I found this vintage style image online (it was in the public domain). At first I thought the woman was leaning against a tall mirror but realised she is probably leaning across a surface. So I rotated the pic to horizontal format, and using various photoshop erasers, was able to literally remove most of the background, keeping a blurry feathered effect around her body. Photoshop also allows you to change the colour of an image through a series of filters, so I changed her to an indigo blue to match the base layer. 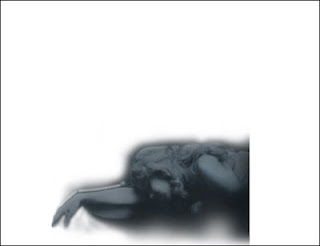 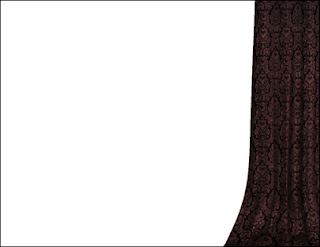 This deep red velvet look curtain was a ready-made graphic available for free download on the internet. I used it to cover the female image above and hide her missing torso. The sheer curtain (below left) was also a free download. I duplicated it 2-3 times and laid it one above the other at slightly varying angles and positions. These curtains were made quite transparent so the female's hand could be seen. Curtains are a good way of creating depth in a photo or painting. They give the feeling of looking in through a window. 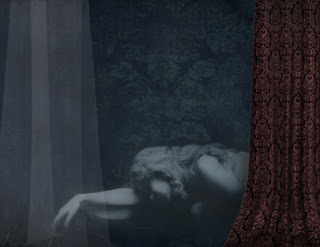 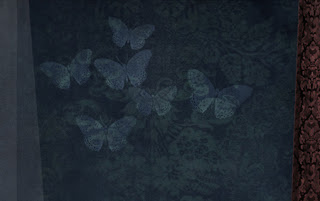 Halfway through constructing this piece, I came up with the title 'Dreams of flight'. I could have used bird imagery, but liked the though of butterflies. I wanted the butterflies to be a part of the wallpaper, but in a surreal way, to start detaching from the wall. I did this by duplicating one butterfly several times, making the group semi-transparent and positioning the entire group on one layer. 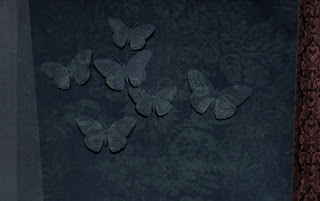 To finish off, I lightened off the layer a fraction, and to give more of a 3-D appearance, added a slight shadow behind the group. This effect is easily achieved in photoshop. The final image is a composite of at least 7 photoshop layers. Photoshop enables you to create huge bold effects OR very subtle effects as in this piece. I hope you enjoyed this how-to tutorial. I will be posting more in the future.
This feature piece will be posted free of charge if purchased during the month of July only.
You can find it here

Posted by Stella Peterson at 4:43 PM No comments:

Stella Peterson
Adelaide, South Australia, Australia
A visual artist and designer at heart. Formally trained in graphic design, my interests span from interior architecture to jewellery making. Here you will find everything that captures my imagination and inspires my creativity. If it's design-related, I'm on to it !!!